Home / Blog Posts / MAMIL’S and MAFIL, how good is it to be one.

MAMIL’S and MAFIL, how good is it to be one.

If your bike is worth twice your gross monthly salary, you have more cycling shorts than underpants and you stockpile chamois cream you’re probably a MAMIL (Middle-Aged Man In Lycra).

The word ‘MAMIL’ used to be a bit of a joke, a disparaging allusion to ‘midlife crisis’ blokes getting into cycling in their later years. However, it turns out that the joke might now be on the nay-sayers and haters. With cycling recognised by the NHS as a beneficial, non-weight-bearing exercise to enhance both physical and mental health, we’re now in a ‘post-MAMIL period’ and men are getting into cycling for some very sound reasons.

Research also shows that MAMILS aren’t cycling primarily to recapture their youth or prove they’ve still got it to other men. Instead, it reveals their motivations are deeper than that: green cycling combines the beauty, tranquility and exploration of nature with physical challenge, technology and opportunity for fulfilling social interaction.

1. You have a nickname

For the hours that you’re on your bike, your nickname reflects your role and your abilities within the team. The SOCC’ Trev Trevor Treva, Orange Peel, Triangle,  D, Julicell, Alan Alan Alan, and the Greenland Shark amongst others agree, that nicknames are part of the camaraderie.

2. You’re out with your mates

What better motivator to haul your bicycle out early on a frosty December morning than not letting your mates down? The social side of cycling is one of its main draws: ‘men don’t really talk, they do’, says woz, ‘you have adventures that feed the head as well as the legs, and you live for the moment while you’re out. Then you relive it all again in the pub afterwards.’ 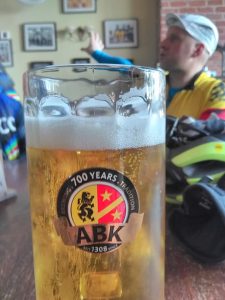 3. You love the physical health benefits

The SOCC agree that they probably do more exercise in their fifties than they did in their thirties and forties. Cycling – easier on the joints than running – is a major part of their routine. Several have medical conditions that require regular exercise to help manage: ‘Completing a long, tough cycle ride is a way of sticking two fingers up at the problem,’ says Julicell, ‘and a mechanism to demonstrate we’re not dead yet.’

4. You spend a fortune on Wiggle

The SOCC don’t just buy a bike and ride it, they feel compelled to customise it with the latest, lightest components from Wiggle.com. ‘It can turn into a bit of an arms race to see who can make their bike better and lighter. I have been known to weigh individual components before bolting them on,’ confesses Tez.

Nobody flaps around with unfoldable OS maps any more: routes are forward-planned and tracked on smartphones. ’Of course, this gives rise to the StravaPhenomenon’ explains Woz, ‘Not only does this app track our route, it measures our relative performances against each other. We can’t help being just a bit competitive sometimes.’ 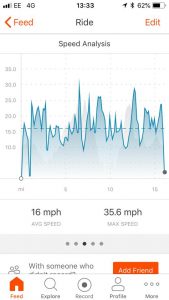 6. Nature is your therapy

From therapeutic landscapes to Shinrin-yoku (Japanese ‘forest bathing’), the health benefits of getting out into nature are being more widely recognised. Being immersed in nature during a cycle ride, savouring the tranquility of a quiet country lane or green cycle trail, has a therapeutic effect on the mind as well as the body. One SOCC member was privileged enough to witness and a Cow trying to mount a same sex cow in a field , oblivious to his presence. ‘That was extraordinary – not something you see in the city’ he says.

In conclusion, ‘getting fresh air and exercise with your mates in beautiful surroundings is the best tonic for a frantic, pressurised lifestyle’ says Trev, ‘So good you want to do it again and again’